Britehouse Mobility partners with technologies (such as SAP), complements them with their own software and mobile solutions and provides their customized technology packages. They offer a social business approach to big data, knowledge sharing, collaboration and customer experience.

Here is a Q&A with GSW and Britehouse:

GSW: In what industries are you using GSW software?

Britehouse: Britehouse is using GSW software in the following industries, Automotive, Gas and Chemicals such as Afrox, the Fast Moving Consumer Goods (FMCG) industry and manufacturing and retail, such as Pick n Pay.

GSW: How does GSW fit into the solutions you provide?

Britehouse: GSW software seamlessly integrates into the SAP world. GSW software assists with the implementation of reliable mobile interfacing to and from SAP.

GSW: Why did you pick GSW to use in your solutions?

Britehouse: The interface is easy to use for non-PC literate users. The robust platform allows for an easy setup on a number of client terminals, making the deployment of mobile solutions fast and reliable.

GSW: Is there any particular feature of GSW software that stands out?

Britehouse:GSW software is the leading provider of SAP mobile solutions. One feature that stands out is the uncomplicated configuration tools.

GSW: What is the typical topology of an installation. For example, are you using mobile devices? If so what kind? Is the server that houses GSW software on site, different location, cloud?

Britehouse: Britehouse use GSW software purely for mobile devices that require access to standard SAP transactions. This consists of either a local, or off-site server that is linked to the devices via Wi-Fi. The most common devices used are Motorola and Intermec devices.

GSW: Is there anything you would like to highlight or say about GSW software or services?

Britehouse: GSW software is fast, efficient and reliable. GSW is the pioneering software component for mobilising solutions in the SAP world 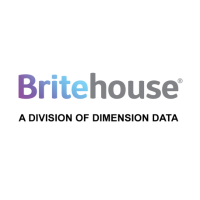