Try before you Buy

A fresh install of the GSW UTS and SSH Shield provides fully operational 30 day trial of the GSW SSH Server for Windows with up to 10 sessions for 30 days. Additionally it contains the GSW Windows SSH clients that are included at no extra cost. Technical support is also included.

All features are available to ensure that you are satisfied with the GSW Telnet Server for Windows.

After the 30-day trial period the software can be converted to a licensed copy after being purchased simply by registering the software. There is no need to re-install the software.

From Product Page Right side You can Download Product 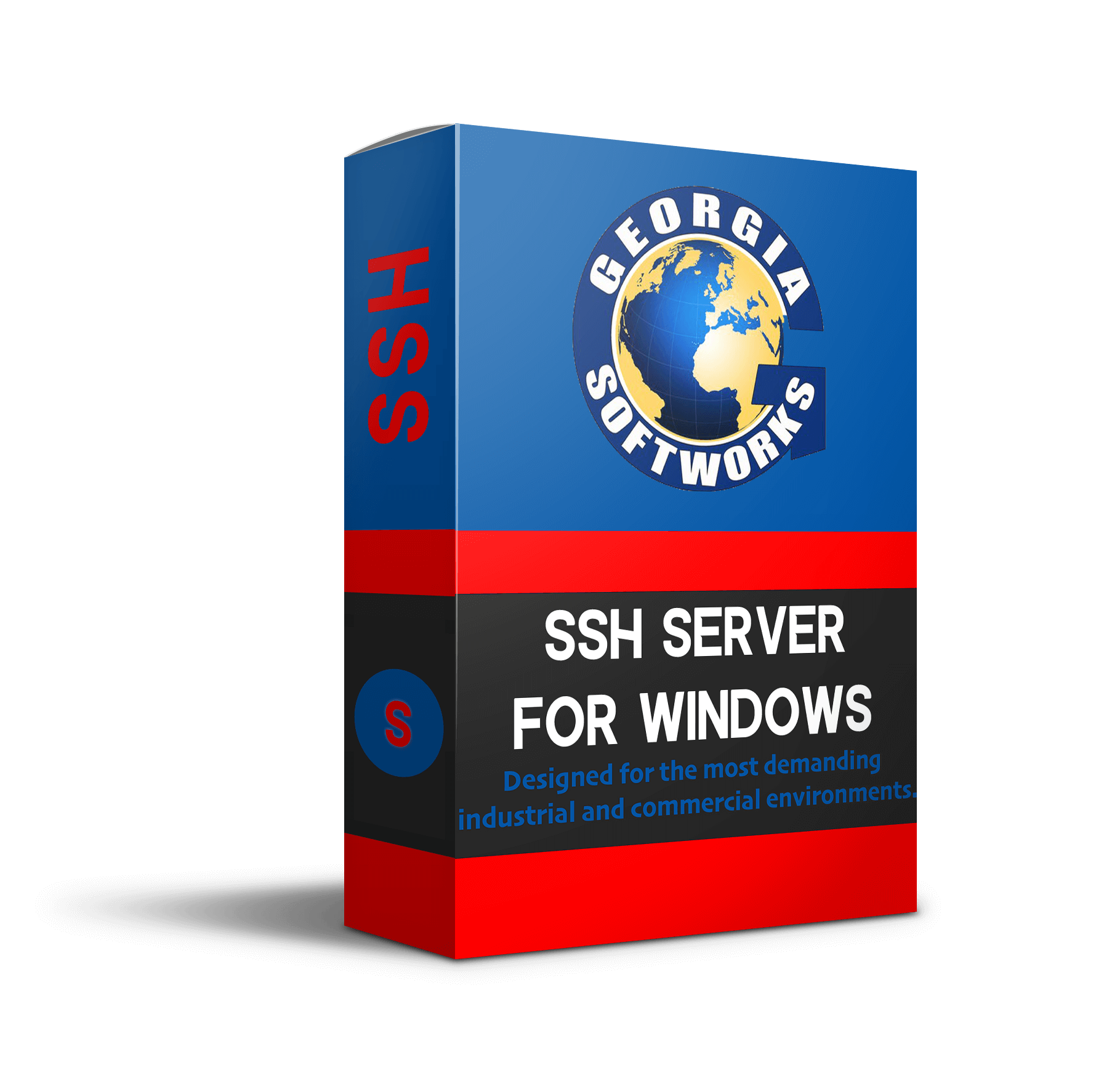 The Georgia SoftWorks SSH Server for Windows offers a secure, encrypted solution that is simple to install. Click here to get your free trial today!

The Georgia SoftWorks SSH Server is based upon the robust and reliable Universal Terminal Server and provides secure remote access to your Windows host including Secure Remote Logon, Secure Data Exchange and Secure Access to your application on an  Non-secure Network!

The growing concern that sensitive data must not be available to unauthorized third parties demands secure access between clients and server. This is especially true for RF Terminal access to a server. Secure Remote Access is required yet the configuration needs to be simple. With many security solutions the administration is so complex and lengthy that many businesses are either unprepared for the technical challenge or not able to spend the time required for proper implementation and continued maintenance. Our SSH Server is perfect for data collection devices. Click to learn more about the SSH (Secure Shell) protocol.

The Georgia SoftWorks SSH Server for Windows offers a secure solution that is simple to install, implement and configure. You get complete End to End security. GSW provides mobile and desktop clients and basic technical support at no extra cost which provides a significant savings. Get Secure Now! (Supports IPv6 too!)

The GSW Universal Terminal Server (UTS) must be installed to run SSH.
Contact us to obtain a free trial of our SSH Server for Windows!

Certificate Based Authentication advantages over plain public keys and passwords

The complexity and difficulty required for configuration and setup of the public key solutions is daunting for most, impossible for others.  That in itself, renders the solution unacceptable in the majority of production environments, especially ones utilizing mobile devices. Furthermore, the temporary use of files, passwords, and human mistakes can compromise the security of the solution based on plain public keys.

However, this does not mean that you should be without a very strong authentication and secure solution!  Georgia SoftWorks considered the issues with public keys and passwords and engineered a Digital Certificate solution with all the cryptographic benefits of the plain public keys  without the problems identified above. The Digital Certificated solution is based on the  x509v3-sign-rsa and x509v3-sign-dss standards.

SSH-2 - Authentication with x509v3-sign-rsa, x509v3-sign-dss and Digital Certificates - A Better and Solution for Commercial Environments

A Digital Certificate (also know as public key certificate, or identity certificate) binds a name (or identity) to a public key value.  This is an excellent method for verifying the identity while the configuration and setup is much simpler and manageable than with plain public keys.

The 'x509v3-sign-rsa' and 'x509v3-sign-dss' SSH-2 authentication standards use Digital Certificates instead of plain public keys and provided GSW the protocol level base needed to address the problems described above and eliminate the security risks associated with implementation of the user's configuration.

'No constraints are placed on the presence of user account information in the certificates used for user authentication. Their validation and mapping is left as an implementation and configuration detail for the implementors and deployers.'

Georgia SoftWorks researched and developed an innovative, easy to use, and secure implementation of the 'validation and mapping' stated above. All of the configuration is done through a GUI with wizard style dialogs reminiscent of IIS certificate-to-user account mapping. The solution preserves all of the cryptographic strength of the public key solution, adds convenient, well scaling, certificate-to-user account mapping options while eliminating the time consuming, error-prone, and potentially insecure setup. 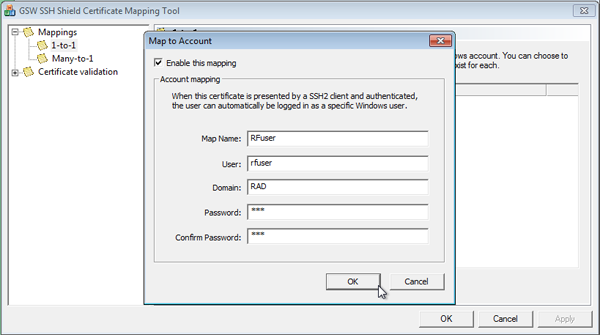 FASTEST, MOST ROBUST SECURE SSH SERVER for Windows- Designed and Developed For The Most Demanding Industrial and Commercial Applications

If you have a mission critical application where you need a industrial quality secure SSH Server solution for Windows then the GSW SSH Server may be what you need. You can download a FREE 30 Day Fully Functional Trial Copy below.

Have further questions about Encryption and End-to-End Security? See our  Security Questions page!

If you need additional support:

What do our customers say about us?

"For us, the Georgia SoftWorks software tested like it was telnet on steroids... I think the biggest advantage of this software is that it's designed specifically for the needs of mobile RF users..."