The Georgia SoftWorks certification testing consisted of installing the GSW ConnectBot Android Client and setting up a telnet connection to the UTS server. The GSW Lab ran test applications over a period of time to establish confidence that the connections remained stable. They set up an SSH2 connection to the UTS and performed stress testing. They disconnected and reconnected multiple times to ensure consistency. Finally, the GSW Lab tested the GSW ConnectBot for Android features, including their new Licensing and Deployment Server.

“The GSW LADS (Licensing and Deployment Server) allows you to manage your licensing, upload and download configurations from devices, upload screenshots to the server for technical assistance, as well as manage updates to the software” explained Steve Lindsey of Georgia SoftWorks. “The Archer 3 performed reliably throughout all of our testing, without as much as a hiccup. It is a fully capable device that runs well in a Georgia SoftWorks environment.”

Juniper Systems’ Archer 3 is a rugged handheld with an integrated barcode scanner, designed to thrive in tough conditions. Weighing in at 1.3 pounds, the Archer 3 has a 1.2 GHz quad-core processor, 2 GB of RAM and 16 GB of Flash Storage. It is IP-68 rated and meets stringent MIL-STD- 810G test standards. The Archer 3 is unfazed by environmental factors such as extreme temperatures, dust, and water.

Founded in 1993, Juniper Systems is an industry-leading provider of ultra-rugged data collectors.They design, manufacture, and service ultra-rugged handheld computers and field computing solutions in the United States. Their catalog includes rugged PDAs and handhelds, field PCs, rugged notepads, DGPS receivers, and field/mobile mapping devices. They provide unwavering quality and successful execution in their products, so customers can reliably collect data in the harshest conditions. The durability and environmental resilience of their hardware is a great match for the Georgia SoftWorks software.

Georgia SoftWorks is a software development company located in Dawsonville, Georgia USA who has gained worldwide recognition for their development of the GSW Telnet Server for Windows and SSH Server for Windows. The GSW software is used in the most demanding industrial and commercial environments and in a variety of industries, including government, automobile manufacturing, schools, oil companies, airlines, warehousing, medical, food and beverage and more. GSW has end-users and resellers in every continent (except Antarctica).

Georgia SoftWorks is a software development company located in Dawsonville, Georgia USA who has gained worldwide recognition for their development of the GSW Telnet Server for Windows and SSH Server for Windows . Since the 1990's, the GSW UTS has provided consistent operation, high-end features, performance and unmatched security in a variety of industries throughout the world. They have end users and resellers on every continent (except Antarctica). Most recently, Georgia SoftWorks launched the GSW ConnectBot for Android, an industrial grade SSH/Telnet Client for Android. It is the most cryptographically secure, commercially supported SSH/Telnet client for Android. 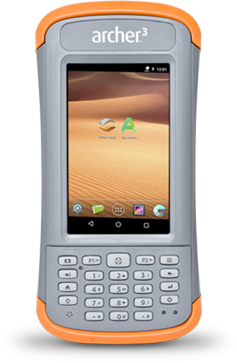